When you signed up a brand new Salesforce account, you can see lots of dummy dataset (such as Acme Inc.). If you are a Salesforce developer or administrator, you might have to delete all records prior to release the account to Salesforce users (And it is really painful job).

In this case, you can do delete such records at one time by using RForcecom.

Here is a very simple code (just 20 lines) to perform.

The annual Japanese R user conference “Japan.R” was held in Dec 5th, 2015 at Recruit Ginza 8 Bldg and attended by more than 200 R users. In this post, I will share some presentations in English.

Plotting Data on Map in R with Leaflet

Kazuhiro Maeda (@kazutan) gave a tutorial presentation for visualizing geolocation data using Leaflet. The R package leaflet enables us to visualize geolocation data (Circles, Polygons, Polylines and etc.) on the Open Street map. And it does not require Javascript coding skill. Generated maps can be exported as an HTML file and embedded into your blog, shinyapps or RPubs. He demonstrated a typhoon path visualization app and a restaurant map for conference attendees. Also he introduced some experimental features like MiniMaps, ScaleBars, Measures and AwesomeMarkers (These features are available only in Github)

Slides: Plotting Data on Map in R with Leaflet

@sinhrks a committer of Pandas gave a presentation about purrr (pronounce as PU-RAA? *please let us know correct pronunciation* ).
The purrr is a functional programming tool and a data processing package. The package enables us to apply functions to dataframe in a smart way. He recommended to use purrr with a machine learning package caret to create/evaluate a model, and a visualization package ggfortify for creating charts.

Room, Shirt and Me

Kazuya Wada (@wdkz) a Data Mining Engineer gave a presentation named “Room, Shirt and Me” (Originally it is a pop music sung by Aya Matsuura). In his presentation, he talked about a Web application made with shiny, rApache and DeployR. This combination resembles “Room”, “Shirt” and “Me”, according to him (I cannot understand why…).
He demonstrated his web application running on the deployR which provides words that have similar meaning using a text analysis tool Word2Vec. He recommended creating a web application with the DeployR is the best solution to share your deliverables with people who cannot code. Also, an audience commented there is a similar tool named OpenCPU and it has flexible output features.

More than 20 people gave a presentation. (And that took 2 hours!) I will share some of the presentations spoken in LT session.

Atsushi Hayakawa (@gepuro) a host of Japan.R wanted to know useful R packages but not known by everyone. Also, he wanted to search R packages hosted on the Github. That’s why he developed a website named “Gepuro task views“. His website displays useful R packages clawed from Github on a batch process and automatically categorized with his algorithm.

Kenta Sato (@bicycle1885) shared hot topics of Julia. Also he attended the Julia summer of code and developed features/packages for Julia with his teammates. He stated nowadays 700-800 add-on packages are available, also he introduced some topics; threading feature which was developed by Intel; FRB released financial economics model available on Julia.

Estimating the effect of advertising with Machine learning

Shota Yasui (@housecat442) from Cyber Agent implemented an algorithm for predicting effects of advertising. Most marketers believe to advertise surf board in California is more effective than in Arizona. But it has a selection bias and cannot compare them fairly. So, he implemented an algorithm from the thesis Varian (2014) with a data set of store sales provided by Kaggle. In his program, he used Gradient Boosted Decision Tree with xgboost package and estimated the ad effect.

@hoxo_m got his baby in this October. His wife request him to give a name for his baby, but he was not good at naming. So, he decided to create an R program which generates an appropriate baby name from millions of names. His program scrapes data from a web service “enanae.net” which suggests baby names as a good fortune using rvest and lambdaR packages. Finally his wife chose his baby name from a list created by his R program!

Ryuji Tamagawa (@tamagawa_ryuji) a translator and he translates Japanese edition of O’relly books. He introduced a his new book Japanese edition of “Advanced Analytics with Spark” and demonstrated some SparkR codes. Although his slot was only 5 minutes, he could conduct a demonstration of large data manipulation from his RStudio and proved SparkR is a fast and easy solution.

Takekatsu Hiramura (@hiratake55) a webmaster of “SeekR” a search engine for R users. In his presentation, he gathered frequent search keywords in 2015 and introduced some tools, articles and R packages like a “fft“, “Kriging“, “RMarkdown“, “RPresentation“, “bitcoin” and etc.

Pizza party and Izakaya party were held after the conference and we discussed through midnight.

Japan.R was a great opportunity for sharing knowledge and creating a network for me. Please let us know if you want to attend or give a presentation in the next Japan.R!

Overall presentations in Japanese are listed on this blog.

In this post, I’ll introduce how to import a CSV (and also Microsoft Excel (.xls, .xlsx)) File to SAP HANA from your Eclipse based development tool HANA Studio / HANA Tools.

These steps are very easy and you can do export dataset from SAP HANA by HANA Studio / HANA Tools as well.

Recently, I have created a demo video of an R package named RForcecom which connect to the Salesforce.com and Force.com from R.

The video consists of 4 parts.

This tutorial can be utilized as win probability analysis if your organization uses Salesforce.com. Also, demonstation code is available on the GitHub.

Last week, I attended a Tokyo-based Statistical Software R meetup named “TokyoR #45” held on Jan 17 at VOYAGE GROUP office in Shibuya, Tokyo. Almost all presentations were given in Japanese, but in this post I’ll share brief a summary of those presentations in English.

Nobuaki Oshiro (@doradora09) gave a three minutes version of his “Learning R in 10 minutes” presentation which includes what is R, who should use R, how to install R, how to code R and where to acquire information about R on the web.

Takashi Minoda (@aad34210)’s session was about fundamental R such as if statement, Loop and plot graphs. Also he mentioned how to visualize data using rCharts and googleVis package.

Tetsuro Ito (@tetsuroito) talked about “Hot topics of R in 2015”. He introduced some packages, such as “anomalydetection” by Twitter, “ver 1.0 of ggplot2” by Hadley Wickham. Also he stated nowadays most of hot packages are stored in github, not CRAN. Additionally, he introduced the newly released book “The Lean Analytics“, a methodology for data scientists.

Shinya Uryu (@u_ribo)’s presentation was “Data pretreatment for Data pretreatment”. According to his presentation, to reduce data pretreatment time enables expanding time for data analysis. That makes us get high-quality output. Also, he recommended to use R project file (.RProj) and R markdown file (.Rmd) on the Rstudio that integrate team members and their deliverables.

Yohei Sato (@yokkuns) talked about Kernel-Multivariate analysis. As you can see the background of his slides are a Colonel Sanders. Actually, the character of the KFC “Colonel Sanders” is known as “Kernel Ojisan” in Japanese.

Yoshio Tokorosawa (@dichika); also known as Serial Package Creator (Seripac) developed an project schedule management system on R. His system utilize some R packages sinchokuR, AnomalyDetection and twitteR. SinchokuR retrieves the schedule data from github and AnomalyDetection checks is schedule behind or not. When the system caught behind schedule, then notify it to developer via twitter. Also, he announced he is translating the book “Advanced R” with some folks and it will be released in Japanese.

I, Takekatsu Hiramura (@hiratake55) talked about the newly released book “R and cloud computing” written by Ajay Ohri and myself. I introduced some cloud service providers which are compatible with R such as Amazon Web Service, Google Prediction API, BigML, Microsoft Azure ML, plot.ly and Yhat.

@ksmzn developed a web application for learning probability distribution with shiny, rCharts and nvd3.js. His app is available at ShinyApps.io.

There were more than 80 R users from software, consulting, banking, social media and other industries. They shared idea, talked and drank a lot.

Next meetup TokyoR #46 was scheduled on Feb 21. When you have any opportunities to visit Tokyo, please join our meetup. If you have any questions or requests please feel free to contact me.

How to do a silent install of R

In this post, I’ll introduce how to do a silent install of R. Assume that you are a faculty member at an R course and need to prepare R environments for each students’ PC. In this case, you can install R, RStudio and R package in just one-click by their silent install mode.

3. R package silent installation
R packages such as ggplot2 or plyr are installable from the command line.

3-2. Run a silent installation command
Below is an example of the command.

4-1. Download installers and R packages and store them into the same folder

4-3. Run the BAT file as an administrator

These procedures are quite simple and also available when you are updating your R environment. Let’s try when you become an R lecturer.

I’ve been calculated my day of 10,000 days old birthday in R since few days ago.
I found that to calculate this in R is quite simple.

Birthday to days since my birthday:

Just for reference, below is an R function to convert a birthday to age.

RForcecom – An R package provides the connection between R and Salesforce.com

RForcecom enables you to connect to Salesforce.com from R. It is provided as an add-on package of R and its source code are available at github.

1. Install the latest version of R
You can download the latest R statistical computing environment from the R-Project website.
http://cran.r-project.org/

3. Sign in to Force.com or Salesforce.com
To sign in to the Salesforce.com, use rforcecom.login() function. Set your username, password, instance URL, API version as follows.
Note: DO NOT FORGET your security token in password field.

4. Retrieving records
To retrieve the dataset, use rforcecom.retrieve() function. Set parameters as follows.

These procedures are very easy and are very useful for projects using R and Salesforce.com. Next post, I’ll introduce an example of a use case of RForcecom.

Posted in R, Salesforce.com
About me 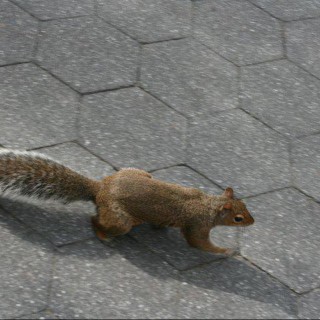